April 29th is International Dance Day and has been since 1982. The International Theatre Institute and World Organization for the Performing Arts  founded the celebration on the anniversary of French dancer and ballet master, Jean-Georges Noverre (1727-1810). He is also considered to be the creator of "modern" ballet, and/ or ballet narratives, according to several resources. (Personally, I disagree that modern ballet is still based in narrative, but that was the trend in the late 18th Century through the early Twentith Century.) However, he is credited with 1) focusing training on technique and human anatomy; 2) development of artistry and personality in addition to technique; 3) gesture as dance and storytelling 4) plot development in movement, music, costuming, lighting, set, and all aspects of the performance. 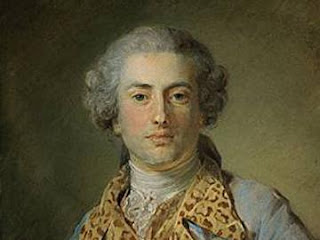 A few hundred years later, I'm reflecting on the many dances I've performed, created, witnessed, and would like to create. In the spirit of dancing together, I share with you the Black Eyed Peas' One Tribe. I hope it touches you heart, mind, spirit, and body and you're inspired to dance - by yourself or with your community.