Breach: Left Behind - The Team, Part 1

Meet the team of Breach: Left Behind! Without their dedication to this process and their energy, the show next week wouldn't be possible.

Up first, the folks you might not see on the stage: 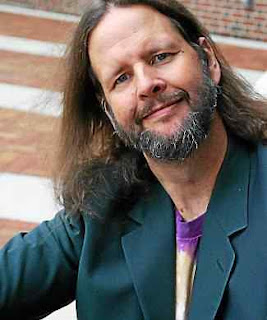 Provocative, Challenging and Iconoclastic, Paul Fejko has always been quite fond of extremes. He can often be found treading on the boundaries of accepted limits and traditions. Art is exploration and provocation; improvisation is a wonderful vehicle for both. He is often chastised for mixing improvisation into repertoire ('taking too many liberties'), but it seems a one way comment; never has there been a charge leveled against the reverse - adding repertoire to improvisation.

Fej finds the pipe organ to be his favorite solo instrument. It can muster more power and subtlety than an entire orchestra while having a responsiveness impossible from a large group of people. He is constantly challenging (often to the point of annoyance!) people to shed their preconceived notions of the organ as merely an instrument of religion, and to realize that in the first half of this century almost every movie house and many concert halls had organs. A good pipe organ is a virtuoso instrument of vast capabilities!

Fej divides his time among many endeavors, most notably with theater and dance as a composer and conductor, but also as a concert organist and pianist.   To this one must add his work as a sound and lighting designer, photographer (the covers of three of his ARKAY releases - Incantation, Tyme's Escape and OUTBURST!), audio systems designer, auto mechanic and sometime sculptor (witness the cover of ‘On Making the Flowers Dance’ - designed by Fejko with flowers by Gretchen Ernest.

As of this time, he has recorded 13 CDs of large European and American organs, covering a wide range of existing repertoire and his own improvisations.  He has been the long-time musician at historic Gloria Dei (Old Swedes') Church in Philadelphia, PA and is a musician with the Dance and Theatre departments at Muhlenberg College in Allentown, PA. In 2003 he founded and is now the Artistic Director of 'The Chester Performing Arts Project', a foundation dedicated to bringing world class performing arts to the formerly depressed industrial city of Chester, PA. His André Café Acoustique in Chester is becoming well known in the region.

Fej is a product of The Curtis Institute of Music (class of '75) where he studied with Alexander McCurdy, Rudolf Serkin and Max Rudolf. His first taste of opera came at Curtis from Dino Yannapoulos - a long-time stage director at the Met in NY.

In 1987, Dino commissioned an opera from Fejko - Matteo Falcone - for the Academy of Vocal Arts in Philadelphia where Dino was Artistic Director at the time. A review of Matteo can be found on the Press/Reviews page at this site.

After Curtis, he connected with renowned dance scholar and pedagogist Nadia Chilkovsky and became music director at her Philadelphia Dance Academy - a source of many well-known dancers from the 50's through the mid 70's. During this time, he spent summers at the famed Marlboro Music Festival. In 1980 he headed east to become a musician with Maurice Béjart's Ballet of the Twentieth Century in Brussels, Belgium. From there he headed south to become Music Director of The Ballet of Lyon in France. During much of the 80's his time was passed between these two positions, but not without many forays into Italy and Germany for work with other smaller theater and dance groups. There were also many various and sundry organ and piano concerts! Because of this he is now able to converse in five languages.

Fej has won first prizes for improvisation in Lyon (1981) and San Anselmo, CA (1990). At their Atlanta convention in 1992, the American Guild of Organists awarded him a second prize. 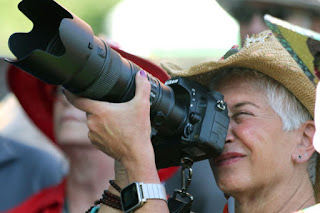 Ellen S Rosenberg is a free-lance photographer living primarily in the Philadelphia Pennsylvania area. She spends about 3 months a year in New Orleans, Louisiana. Ellen earned her BS degree in Exercise Physiology, followed by an entry level master’s degree in Occupational therapy from Temple University School of Allied Health. She has been juried into the National Association of Woman Artists. Her work has been shown in over 100 juried international art shows, as well as invitational and solo exhibitions. Although originally a film photographer, developing and printing her own work in her studio, Ellen has transitioned to digital photography, continuing to print her own work on archival paper, maintaining a personal creative vision that she initiated years ago while shooting in film. Photography is art, and can be viewed in that way. Ellen excels in a range of genre - from musicians, landscape, abstract, body builders, drag queens, and her latest passion, dance. Her studies in various body’s of work are ongoing, recognizing that each moment, there is a shift in how one may view the dancer, the musician, the landscape, forever changing, never the same. She seeks to reveal an emotional connection in her work, allowing the viewer to have a personal response to the story told in her photographs. “I am a story teller, I welcome you to join me on this visual journey”. www.ellenrosenbergphotography.com 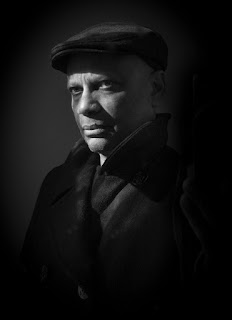 themes. He received his B.F.A. in Photography from the Kansas City Art Institute and his M.A. in Studio Art from the University of Missouri-Kansas City. He has served a number of years as a staff photographer for the PPL Corporation and the Sprint Corporation in Kansas. Since then he has taught courses in Art Appreciation, Fundamentals of Photography, Thinking in Pictures and Large-Format Photography. His work has been presented at a private reception at the Louvre Museum in Paris, France and he is a recipient of an Inspiration Grant for research in the healing arts at the International Conference on Phototheraphy and Therapeutic Photography in Turku, Finland. hearteagles@gmail.com. www.charlesstonewall.com

Click here for more information on the performance on September 18th!

Posted by Jessica C. Warchal-King at 7:15 AM