KYL/D at the Mandell Theatre 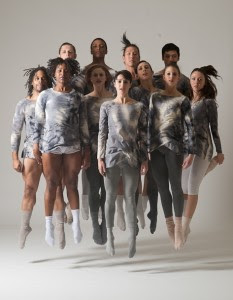 Kun-Yang Lin/Dancers makes their Spring Philadelphia appearance at Drexel University’s Mandell Theater on Friday, March 22 at 8 PM and Saturday, March 23 at 3 PM and 8 PM. The program, ONE: Gifts from Afar, features the world premiere of One, an exploration of humankind’s rituals surrounding the drive to win.  Offering contemporary, Zen-inspired works of poetic sensibility, Kun-Yang Lin/Dancers will pair One with the return of its critically acclaimed work Mandala Project which serves as a complementary piece for the new work.  Tickets starting at $27 are available at www.kunyanglin.org/one.  Mandell Theater is located at 33rd and Chestnut Streets.

“We are delighted to be performing in University City and introducing new audiences to our work after four consecutive years of sold-out performances at the Painted Bride Art Center,” said Ken Metzner, Executive Director.

A dynamic meditation on the journey from external division to internal oneness, One takes the game of chess as its point of departure.  Chess, like dance, cuts across social, religious and cultural backgrounds.  Similar to dance, the adaptability of chess to local customs and context; the variation in the way it is played in different societies reflects the infinite diversity of humanity.  In addition to its competition aspect, chess, like dance, is a means of bringing people together from all classes, genders, ages and races.  And chess, like choreography, involves balancing and integrating parts and the whole, as well as the arrangement of those
many parts into meaningful patterns.

“One proceeds from an embodied exploration of some of the more obvious parallels between chess and dance to an examination, via the dancing body, of the less apparent but compelling resonances I see, including the utility of both chess and dance as holistic vehicles for the development of an integrated human being, and chess as an art and a practice for living, which is how I conceive of dance,” explained Kun-Yang Lin, choreographer and artistic director of Kun-Yang Lin/Dancers. Lin continued: “Just as chess includes, and is not limited to, the pieces, the chess board and the way the pieces are moved on the board, so, too, dance is not confined merely to the shapes, the forms, the space and the bodies that make them.  The totality of each of them is much more than that – it includes the stories communicated or explored on the board/in the space, the personal processes of the players/dancers. The dynamics among them, the politicohistorical context in which the game/dance plays out, and ultimately, in my view, the relationship of all of this to our common humanity.”

Mandala Project, which premiered in spring 2011, was constructed over a two-year period, during which Lin conducted research in the field, with trips to Cambodia, Indonesia, Europe and India, and incorporated these experiences into the body research of the studio.  Mandala is the Sanskrit word for circle, community, unity and connection.  In Eastern traditions, the mandala is a form of sacred art that depicts the totality of the self as well as the path to a more awakened state of being.  In Mandala Project  the dances enter into conversation with the sacred form of the mandala, examining and challenging it through body, time, space and energy with reverence and wonder for the effects on the mind, experiencing and sharing the potential of
dance as facilitator and inspiration for communication across artistic, generational, cultural and religious boundaries.

Taiwan-born Kun-Yang Lin, Artistic Director of Kun-Yang Lin/Dancers and Founder of CHI Movement Arts Center, probes at the limits of national identity, drawing upon Eastern philosophy while expanding the perimeter of Western contemporary dance. Lin has been widely recognized in the U.S. for both his dancing and choreography including, in 2002 by Back Stage, which named him “the year’s most promising choreographer in NYC.”  Before moving to the U.S., Lin toured internationally with London’s Transitions Dance Company, working with numerous European, post-modernist choreographers.   In the U.S., Lin performed in iconic American modern dance companies including the Martha Graham Company and worked with post-modernist choreographers including Bill T. Jones, Trisha Brown, Lynn Shapiro & Paula Josa-Jones.  Lin’s artistry has been supported by numerous sources including The MidAtlantic Arts Foundation’s USArtists International grant in partnership with the NEA and the Andrew Mellon Foundation, Pennsylvania Council on the Arts and The Pew Center for Arts and Heritage through Dance Advance.  Lin has been on the faculty of The Yard on Martha’s Vineyard, H.B. Actor’s Studio and The Limon Institute and he offers master classes and workshops throughout the U.S. and abroad.  Currently, Lin is Associate Professor of Dance at Temple University.

The mission of Kun Yang Lin/Dancers is to draw upon its unique Asian-American perspective to create work that transcends cultural boundaries and celebrates the ability of dance to integrate body, mind and spirit.  The company has performed internationally and across the United States, including at the Busan International Dance Festival in Busan, Korea, Jogja International Performing Arts Festival in Jogjakarta, Java, Indonesia,  Hsin Chu Cultural Center in Hsin Chu, Taiwan, Festival Internacional de Danza in Queretato, Mexico, the Victoria Theatre in Singapore, the Interlochen Arts Festival in Michigan, Kaatsbaan International Dance Center, Columbia Festival of the Arts in Maryland, Jacob’s Pillow Dance Festival, in Philadelphia to sell-out audiences at The Painted Bride Art Center and in New York City at The Japan Society, Queens Theatre in The Park, and the Downtown Dance Festival.